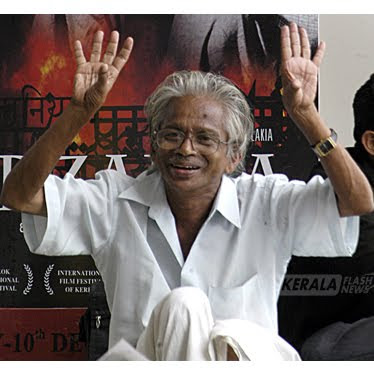 The Kerala Swatantra Matsya Thozhilali Federation (KSMTF), a leading organization of the fishing community, has criticized the State Government’s decision to recommend the name of Dr M.S. Swaminathan for Bharat Ratna.

Dr Swaminathan, well-known agricultural scientist, hails from a former landowning family of Kerala. The State government decided to recommend his name in recognition of the role he had played in the success of the Green Revolution.

C. Subramaniam, who, as Union Agriculture Minister, had promoted the Green Revolution, had been honoured with the award of Bharat Ratna earlier.

Alleging that Dr. Swaminathan’s work had harmed the traditional rights of the fishing community, KSMTF president T. Peter called for a proper and critical appraisal of his contribution to the agricultural and fisheries sectors.

As an agricultural scientist, Swaminathan might be the father of Green Revolution in India, but it must be remembered that “this very revolution has done great harm not only to agriculture in the country but also to fisheries,” he said. Its role in creating the situation that led to thousands of farmers committing suicide could not be denied. Agro-chemicals promoted by the Green Revolution had poisoned not only farmlands but also water resources. The grains and vegetables consumed by citizens of this country had been affected by toxic chemicals.

Peter added that Kuttanad, the main area of rice production in the state, had used maximum pesticides causing irreversible problems for fisheries. Large-scale destruction of fish had taken place in the region. Scientists had identified chemical pesticides as a causative factor in this.
Posted by BHASKAR at 12:14 PM 1 comment:

A real picture from a liquor shop in Kerala

Here is a picture I received from en e-mail group. 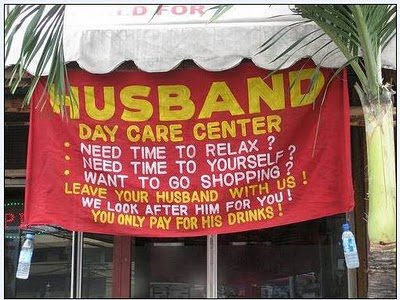 Beginning today, my weekly column in the Sharjah daily Gulf Today will not be confined to Kerala affairs.

In view of the change in the character of the column it will now be posted in the BHASKAR blog instead of here.
Posted by BHASKAR at 8:41 AM No comments:

All talk and no action is key to happiness

At his coronation ceremony two years ago, King Jigme Khesar Wangchuk of Bhutan said, “While I am but king of a small Himalayan kingdom, I may in my time be able to do much to promote the greater wellbeing and happiness of all people in this world.”

Bhutan has been trying to spread cheer in Kerala from the time of his predecessor by holding forth before the people the opportunity to get rich quick through its lottery scheme. In the process, it has ruined many, but one man has reason to be happy: Tamil Nadu-based lottery king Santiago Martin.

Martin’s name has been familiar to Keralites since he donated Rs20 million to Deshabhimani, the official organ of the Communist Party of India-Marxist. Embarrassed by reports of the donation, the party removed EP Jayarajan, a central committee member and confidante of state secretary Pinarayi Vijayan, from the post of general manager of the newspaper. He was quietly reinstated within a year.

Martin, who began life as a lottery retailer, started acquiring distributorship of state lotteries after winning a prize of Rs150,000 on an unsold ticket. By adopting a strategy of holding on to unsold tickets, instead of returning them, so as to collect any prizes they may win, he made more money.

Together the Bhutan and Sikkim lotteries siphon off an estimated Rs150 billion each year from Kerala, their biggest market. In 2006, Vigilance chief Siby Mathews, in a report to the state government, said the promoters of these lotteries were acting in gross violation of the provisions of the central lottery law.

Over the past few years Congress leaders have repeatedly pressed for action. Their main concern appears to be Martin’s proximity to the CPI-M leadership rather than his exploitation of the poor by promoting the gambling instinct.

Kerala pioneered state lotteries by launching the country’s first such lottery in 1967. Under private operators, the Bhutan and Sikkim lotteries started holding several draws in a day, providing an easy outlet for gamblers.

The Kerala High Court, while passing orders in a lottery case, recently directed that draws be limited to once a week. There are reports that the order is being flouted and that the official machinery is unable or unwilling to ensure compliance with it.

Martin runs his empire through a chain of companies. The contract with the Bhutan government is in the name of Monica Distributors. The operations in Kerala are under Megha Distributors, owned by his brother, John Kennedy. In West Bengal, he operates under the banners of Bayani Traders and Future Distributors. Almost all his outfits have attracted charges of irregular or illegal activity.

The Kerala sales tax department recently found that Megha Distributors printed Bhutan tickets at a Tamil Nadu facility, which is not a security press, in violation of the law. Other alleged irregularities included sale of fake or expired tickets and operation of single digit lotteries which are banned.

At one time 70 to 80 per cent of all Bhutan and Sikkim tickets were being sold in Tamil Nadu. To save the poor, the former All India Anna Dravida Munnetra Kazhagam government banned all lotteries. The state police have registered several cases for alleged sale of tickets after the ban.

On raiding the Kolkata premises of Future Distributors, which had not been filing returns, Income-tax officials found evidence of large-scale evasion. They slapped a bill of Rs190 million, said to be the largest recovery from any tax evader.

It is natural that Martin has influential friends. A few days ago he embarrassed the state Congress by bringing Abhishek Manu Singhvi, the party’s national spokesman, to argue for him in the High Court. He is said to have financed a film scripted by Tamil Nadu’s DMK Chief Minister, M Karunanidhi. Last week a Bhutan newspaper quoted a Kolkata businessman as saying a lot of ‘big shots’ in West Bengal were behind him.

The public debate in Kerala centres on who must act against the lottery mafia. Congress leaders want the state government to take action. Finance Minister TM Thomas Isaac insists it is for the Centre to act. The debate is all about scoring points. All talk and no action keeps everybody happy.
Posted by BHASKAR at 7:07 AM 2 comments:

The political ball game has started

Elections are here again. In the polling scheduled for October 23 and 25, Kerala’s voters will decide who should manage the affairs of the state’s local self-government institutions (LSGI) for the next five years.

LSGIs constitute the lowest levels of the administration. They have only limited powers. They cannot legislate. There is hardly any scope to raise revenues through taxation. But they have at their disposal grants allotted by the central and state governments.

The large number of posts at stake makes the LSGI elections the biggest undertaking of its kind. In the Lok Sabha elections, the state’s voters choose only 20 MPs. In the State Assembly elections they choose 140 MLAs. In this month’s LSGI elections they will choose more than 21,600 persons to run five city corporations, 59 municipalities, 14 district panchayats, 152 block panchayats and 978 gram panchayats.

A law enacted early this year raised the seats reserved for women in LSGIs from 33 per cent to 50 per cent. If the total number of seats in a body is an odd one, women will have one seat more than men. As a result, more than 11,200 seats will go to women. Since women can contest for general seats also, the number of women elected to LSGIs may exceed this number.

Half of all the LSGIs will have women at the helm. Where men are at the helm, there will be women in the No.2 slot. The top positions will be filled by drawing from the ranks of the elected members.

The entry of women in large numbers makes these elections quite unlike anything the state has witnessed so far. In recent years, fewer women have been elected to Parliament and the State Assembly than in the early years of Independence.

When 33 per cent reservation came into force, political parties experienced difficulty in finding candidates for the reserved seats since women have not been very active in the political sphere. They overcame the problem by drawing candidates from among family members of party leaders or members of affiliated women’s organisations.

This time the parties once again experienced difficulty as they had to find more women candidates than last time.

Unlike the Lok Sabha and the State Assembly, which are legislative bodies patterned after western parliamentary institutions, LSGIs are based on the Indian tradition of village panchayats (five-member councils). The system did not envisage separation of the elected representatives into treasury benches and opposition benches.

Respecting the essential difference between the western and indigenous models, for a long time the political parties stayed out of LSGI elections. Their members did contest LSGI elections but they did so without party labels.

The three-tier panchayat system now in vogue all over the country is the result of an initiative taken by the late Rajiv Gandhi as prime minister. He decided to strengthen the lower levels of administration after he found that middlemen gobbled up most of the funds earmarked for schemes meant for the weaker sections of the society.

In Kerala, the last LDF government took the concept of grassroots level democracy a step further by initiating steps for decentralisation of power and people’s participation in the planning and execution of development projects.

Since then people’s participation has fallen into bad days. Schemes are now drawn up by officials and executed by contractors. Corruption in the administration and favouritism in the distribution of benefits under welfare schemes are widespread.

A number of new players have entered the electoral arena this time and some of them pose a challenge to the ways of the established political forces. They include activist groups which have been pursuing various causes including protection of the environment.

Also among the new entrants are organisations like the Jamaat-e-Islami and the Dalit Human Rights Forum, and CPI-M dissidents, some of whom are erstwhile supporters of Chief Minister VS Achuthananadan.

Both the LDF and the UDF are treating the LSGI elections as a dress rehearsal for the Assembly elections which are due next year. The CPI-M has said the election will be a referendum on the performance of the present LDF government. These are postures aimed at keeping the contests in the familiar matrix of alliance politics.
If the new entrants are able to upset the traditional equations in the LSGI elections, the political scenario may well undergo a change before the Assembly elections.
Posted by BHASKAR at 8:45 AM No comments: