The full-page advertisement under Tamil Nadu Chief Minister J. Jayalalithaa’s signature, appearing in the national dailies today, makes a reference to the interests of land grabbers in Kerala in the Mullaperiyar dam controversy.

Following the concerns voiced by Kerala over the safety of the dam, the reservoir level has been kept at 136 feet for the last few years although the optimum level envisaged was 156 feet. After the Tamil Nadu government carried out certain repairs, which were recommended by the Central Water Commission, the Supreme Court had allowed it in 2006 to raise the level to 142 feet. The court said the level could be raised further after further works were carried out.

The Kerala government immediately got the Assembly to amend the Irrigation and Water Conservation Act to fix the maximum water level at 136 feet. The Tamil Nadu government questioned the validity of the law before the Supreme Court. Its petition is still pending before the court.

We who know well about the activities of land grabbers and their political links cannot dismiss her statement as mere grist to Tamil Nadu’s propaganda mill.

Revenue Minister Thiruvanchoor Radhakrishnan told the Kerala Assembly on Friday that rough estimates of the likely damage in the event of a dam break showed that 21,540 people would be directly in the danger zone where the time would be too short for rescue operations and 1,28,460 people more would be affected in the evacuation zone.

Quite obviously the figure of loss of three million to four million lives bandied about by he and his colleagues during the past few days was a gross exaggeration. Those who made such irresponsible statements must not only be kicked out of the government but also prosecuted for spreading rumours.

The ministers who have been most actively building up a scare by painting a doomsday scenario belong to a party which has always vehemently championed the cause of forest encroachers. As the aborted Munnar eviction campaign of the last few years has shown, land grabbers and their patrons are there in all the major parties.

In these circumstances, Jayalalithaa’s allegation needs to be examined. Considering the influence of land grabbers across the political spectrum there is no point in asking the government of Kerala to conduct an investigation and place the facts before the public. Civil society must set up an independent people’s tribunal to ascertain the facts.

One question that legitimately arises is why did Tamil Nadu allow the leased land in its possession to be grabbed by resort builders. The short answers is that those who bribe politicians and officials of Kerala can bribe those of Tamil Nadu as well.
Posted by BHASKAR at 2:18 PM 3 comments: 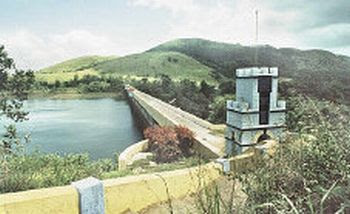 Kerala’s current agony stems from the fact that there is on its territory a dam which is under the control of the government of another state.

In 40 years the government of Kerala has not been able to convince the government of Tamil Nadu that the 116-year-old Mullaperiyar dam has outlived its life and that if it collapses the lives and livelihood of millions of people will be in jeopardy.

The Indian government has been in the picture all through. Tamil Nadu’s intransigence has frustrated its efforts to help resolve the issue through talks so far. Maybe it has also found Tamil Nadu’s argument that there is no threat to the dam more convincing than Kerala’s stand that it poses a threat.

For several years now, the Supreme Court too has been in the picture. Tamil Nadu has met with a measure of success in that forum. The apex court allowed TN to raise the water level of the reservoir, which had been lowered to 136 feet at Kerala’s request to reduce the risk of dam burst, after it had carried out some maintenance works proposed by the Central Water Commission. It also said TN could raise it further to the optimum level of 156 feet after taking further steps to strengthen the structure.

A series of earth tremors which rocked the Idukki district, where the dam is located, in the past few months has aggravated Kerala’s concerns about the safety of the dam. Responsible leaders and the media have played up the issue and spread fear. This has resulted in an emotional upsurge, which is very uncharacteristic of Kerala.

The Mullaperiyar dam stands on land leased by the Maharaja of the erstwhile Travancore state to the British government under an agreement signed in 1886. The Dewan of Travancore signed the agreement for the Maharaja and an official of the Madras Presidency for the Secretary of State for India, who was the British minister in charge of Indian affairs.

The agreement uses the term ‘lease indenture’. That term conclusively establishes its colonial character. Indenture makes it clear that the agreement was not between equals. The Maharaja of Travancore was a vassal of Britain, which had taken over the administration of India from the English East India Company in 1858.

The agreement set the period of the lease indenture at 999 years. The British presumably imagined India would be at their heels for all time. The Maharaja of Travancore certainly was reconciled to remaining a vassal for 1,000 years.

Under the lease agreement, Travancore made available 100 acres of land for the dam and 8,000 acres for the reservoir. The dam was built by British military engineers and it remained under the control of the Madras government.

The legal position is that the indenture ended when India became independent in 1947. Thereafter the government of Travancore and those of Travancore-Cochin and Kerala, made several unsuccessful attempts to sign a new agreement. The government of Madras and that of Tamil Nadu were determined to keep the advantage the colonial-era agreement gave them. Since the Travancore government and its successors scrupulously adhered to all terms of the lapsed agreement the authorities in Madras were in no hurry to go in for a new one.

The situation changed somewhat in 1970. Tamil Nadu wanted a new agreement as it wanted to use the waters of the Periyar for power generation also. The original agreement only provided for their use for irrigation.

The government of Kerala failed to use the opportunity to end the anomalous situation of another government controlling the dam located in its territory. The responsibility for the lapse lies at the door of the political parties which wielded power in the state at the relevant time. They fell in line with the wishes of their national leadership, which backed Tamil Nadu's demand. Ironically, the leaders of these very parties are now vying with one another to be recognized as the most vocal champions of the state’s interests.
Posted by BHASKAR at 4:12 PM 3 comments: