Change of heart? Or stooping to conquer? 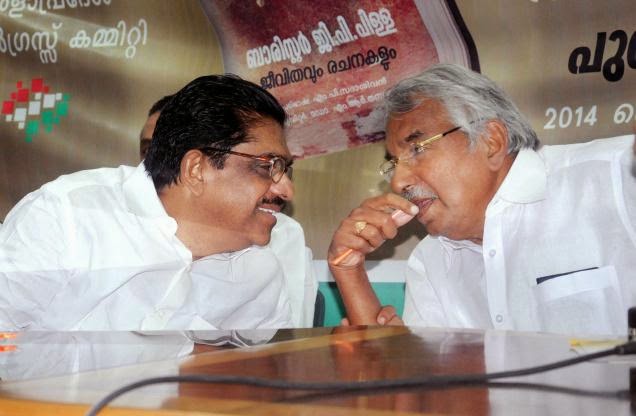 On the face of it, Chief Minister Oommen Chandy’s decision to push for prohibition, beginning April 1, 2015, appears to be a case of surrender before PCC President V.M. Sudheeran who vigorously resisted the government’s attempt to permit reopening of 418 bars which were closed as they were working in unhygienic conditions. However, the circumstances in which the government revised its position suggest that the Chief Minister may have stooped to conquer.

Sudheeran’s resolute stand on the issue of the closed bars generated considerable popular support in the state. For long the Congress party has been claiming its policy is one of stage-by-stage introduction of prohibition but while in power it has been reluctant to take any meaningful step towards its implementation.

The Congress party was deeply divided on the issue of reopening of closed bars. When its main allies in the ruling United Democratic Front, the Muslim League and the Kerala Congress (M), rallied behind Sudheeran, Oommen Chandy’s options were closed.

By going beyond the issue of reopening of closed bars, and announcing a slew of measures to carry forward the long-neglected liquor policy, the Chief Minister may be hoping to take the wind out of the sails of Sudheeran, whom the Congress high command installed as PCC chief before the Lok Sabha elections dismissing his objections.

Kerala, which has a population of 33.4 million and boasts of the highest per capita income and expenditure in the country, also tops in liquor consumption. Per capita consumption of alcoholic beverages in the state is above eight litres a year. In the last financial year for which figures are available, the state-owned Kerala State Beverages Corporation, which has a monopoly over sale of Indian-made foreign liquor, registered a turnover of Rs88.41 billion. It contributes nearly a quarter of the state’s tax revenue.

The steps announced by the Chief Minister today include limiting grant of licenses to five-star hotels only. It will not only desist from opening the closed bars in hotels with lower star rating but also not renew the bar licenses of 312 such hotels which will expire on March 31, 2015. The Beverages Corporation will reduce its outlets by 10 per cent each year.

Partial prohibition was in force in the state since the early days of Independence. It was rolled back by the seven-party coalition government led by CPI(M) leader E.M.S. Namboodiripad which came to power in 1967. Arrack sale was banned by UDF government headed by A.K. Antony in 1996.

Until a few days ago Oommen Chandy had publicly stated that on liquor the government has to take practical decisions and cannot go by ideals. Has there been a sudden change of heart?

There are cynics who believe that the new policy has been formulated with the fond hope that the high court will strike it down and pave the way for going back to the previous position.


The high court, which is considering petitions by owners of several closed bars, asked the state government several times to outline its liquor policy. The government could not do so because of the sharp differences within the Congress party. The court’s own position on prohibition has not always been consistent.
Posted by BHASKAR at 11:16 PM 1 comment: