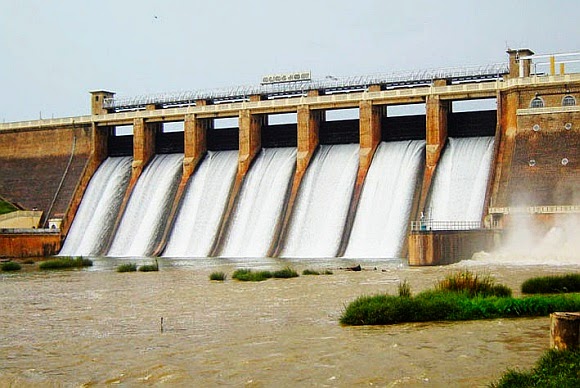 In 2012, C.P. Roy, who was ousted from the chairmanship of Mullaperiyar Samara Samithi, because he did not favour the idea of a new dam, met Justice K. T. Thomas, Kerala’s representative on the Empowered Committee appointed by the Supreme Court, and submitted a memorandum outlining his proposal for a new tunnel at 50 feet as a solution to the dispute with Tamil Nadu.

Today, when the Kerala Assembly took up the Mullaperiyar issue for discussion in the light of the Supreme Court’s rejection of the State government’s plea, Roy staged a demonstration outside the Legislature Complex with a few friends to draw attention to the Supreme Court’s endorsement of his proposal, which meets Kerala’s twin slogan “Water for Tamil Nadu, Safety for Kerala”.

Roy distributed an extract from Page 151 of the Supreme Court judgment, which reads as follows:

3.  In the existing MPD (Mullaperiyar Dam) project, as noted in Chapter II(b) (supra), a tunnel had been designed with a D-Section 12 feet wide and 7.5 feet high with provision of the sluice head gate having sill at El 106.5 ft for diversion of water from Periyar reservoir to Vaigai basin in the SoTN (State of Tamil Nadu). This tunnel was modernized by widening and lining in the year in the year 1958. The tunnel can allow reservoir draw-down to 106.5 ft as per criteria laid down in (i). Storage lower than El 106.5 ft to an identified elevation based on assessment of likely distress cannot be drawn-down through the present arrangement of drawal of water for the SoTN through the existing tunnel.

4. Further, digging of a New Tunnel at say at El 50 ft, of course, after conducting surveys, designs, and techno-economic feasibility studies, with requisite sluice gates for evacuation of reservoir water from El 106.5 ft to say 50 ft. These studies will have to be undertaken within a specified time frame. It goes without saying that the water flow from the New Tunnel can be used for power generation or for any other purpose by making changes in its existing infrastructure. Depending upon a decision about the elevation of the New Tunnel outlet, evacuation of the MPD reservoir will be possible in corresponding time period.

a) The new tunnel will need to be constructed by the SoTN since the ownership of the existing dam vests in it. The total expenditure for construction of the new tunnel should be borne by the SiTN. The costs may be small as compared to the cost of the replacement of the new dam. The SoTN should accomplish surveys and feasibility studies for the proposal of having a new tunnel within a year.

b) The New Runnel say at El 50 ft will enable the SoTN to use additional water available in storage between El 106.5 ft to 50 ft. At present these waters are remaining unused.

c) More importantly, if this alternative is implemented in an agreed period of time, the fear perception in the minds of people of the SoK (State of Kerala) will be set at rest. They can then appreciate that the New Tunnel is going to help evacuation of storage faster and better, in case the dam develops any distress. As a gravity dam seldom gives in suddenly, such evacuation will reduce Dam Break flood (DBF) magnitude significantly.

d) Though the demand of the SoK for 1.1 TMC of water for Environmental Flow is not substantiated, yet a legitimate need which is yet to be assessed can be met with after the FRL is raised to 142 ft. A small pipe outlet of a suitable diameter through right bank hillock can be dug to release….

The government and the opposition, who are being led by some vested interests, have paid no attention to the Roy proposal which offers a cheaper alternative to the Kerala proposal for a new dam. Instead of wasting more time on litigation, the government should seek talks with Tamil Nadu to give effect to the idea of new tunnel, which has already met with the court’s approval.
Posted by BHASKAR at 3:03 PM 5 comments: 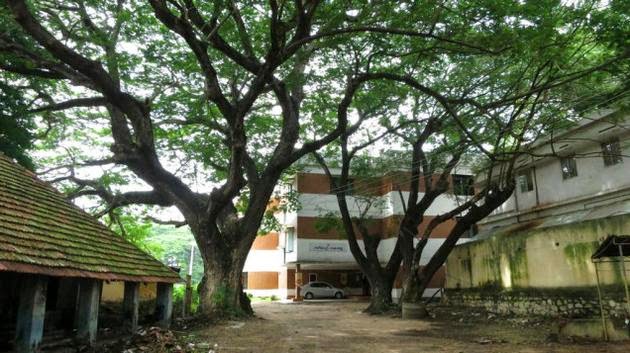 It is located close to the Sree Padmanabhaswami temple in the East Fort area which has been declared as heritage site.

The school compound is known for its rich flora. Tree Walk, Thiruvananthapuram, which made a survey last March found about 60 varieties of plants there. A study by Warblers and Waders, Thiruvananthapuram, in April revealed the presence of 31 kinds of birds, including migratory ones, there.

I have drawn the above information from an article by S. Anitha in the latest issue of the Malayalam weekly Mathrubhumi (dated June 8, 2014). She is an active member of Tree Walk, which is spearheading a campaign to save the school and the trees around it which serve as a lung of the city.

The school’s experience is symptomatic of that of many government institutions which have declined continuously over the last quarter century under successive governments. Now the authorities are looking upon the property of dying schools as real estate to be used for urban development projects.

Last year the Kerala government’s Revenue department issued an order directing the Education department, which is in possession of the school land, to hand it over to the Thiruvananthapuram Development Authority (TRIDA) to build a bus bay and shopping complex for the Transport department.

Tree Walk submitted to the government a document titled Green is Gold stressing the need to preserve the rich natural wealth of the school compound. It also suggested an alternative site for the bus bay and shopping complex. However, the government insists on appropriating the two-acre school compound.
The Tree Walk campaign is focused on the following points:
1. Maintain the historical, cultural and ecological space that the school is.
2. Find alternative spaces for development projects.
3. Evolve a holistic approach to development of the East Fort area which is a heritage zone and a public hub.
4. Factor in green lungs, open spaces, safe walkways, children's parks and de-stress zones into City development
5. Form a panel to analyze the reasons for government schools becoming uneconomical and to improve the quality of education and increase enrolment, instead of closing them down and handing over the land for commercial purposes.

Posted by BHASKAR at 7:45 PM No comments: